“THAT USED TO BE US” – TALK AMONG YOURSELVES…

…also, middle-of-the-road takes on current issues in politics and education…
- from this blog’s banner

A distant riding buddy surprised me with a copy of Thomas L. Friedman (recall his book The World is Flat) and Michael Mandelbaum’s 2011 volume called That Used To Be Us.  It is subtitled: “How America fell behind in the world it invented and how we can come back.”

“Great,” I thought to myself.  “350 pages of non-fiction to plow through.”  But, because “Buddy” and I get on the phone each Sunday evening for an hour to recap the week’s events in both politics and the personal, I figured, plow through was what I needed to do.  It would certainly provide fodder for some interesting long distance discussion over whiskey and a cigar. 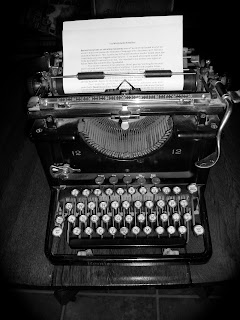 My cynicism was quickly thwarted.  The book is based on a review of our country’s history, a look at the world in 2010 that is far different than the one in which I was reared, and discussions with educators, politicos and business leaders from the United States, India, China and a whole bunch of other places.  I found the volume to be a difficult-to-put-down portrait of America’s current reality.  Friedman and Mandelbaum identify four challenges we, as a country, face.  They are not gay marriage, the Second Amendment, larger-than-life sodas, or whether the President is a citizen.

The challenges Friedman and Mandelbaum identify are:

A quick look at a week’s worth of headlines from the Sacramento Bee supports their contention.  Almost every article in the national news, world news or business news sections could be tied back to one or more of these challenges.  Causations identified by the authors are many.  Our shift from an ethic of investment and saving to one of consumption may have propelled the markets but isn’t the epitome of squirreling away nuts for the winter.  The polarized nature of our two-party system gets a good whack.  Even my beloved field of endeavor – public education – receives a well-deserved slap to boot.

As I read This Used To Be Us – eagerly, it turns out – I began to reflect on the differences between the focus of Dad’s generation: we want to make sure our children have it better than we did, and my own baby-boom generation: “Cash or credit?”  “Why credit, of course!” and again realized those of us born between ’46 and ’64 might not have been the best stewards of the future.  Then I got to thinking about my kids and – although I sound much younger than a grandpa when I type – my grandkids.  I have five of ‘em.  What heritage, what legacy have we left to them? I asked myself.  Then, the life-long educator in me thinks:  What can I do to turn this around?

Here’s what I propose to do:  For my kids and my brother’s kids, I want to buy the paperback copy of the book.  I will give it to them with a book of tiny Post-It® stickees, a sharp pencil and a colored highlighter.  I will respectfully ask that each of them read the book with the following caveat:  You must highlight no more than twelve phrases, sentences or ideas that either reinforce something you believe or compel you to see something in a new light.  The pencils and stickees are provided so each can mark whatever strikes him or her in either of these veins before winnowing it down to the final dozen.

Then, in three to four months, I’ll cook the food and provide the drink with the proviso that we will engage in a 90-minute discussion of the points they each individually highlighted.

Middle of the road?  Isn’t that dangerous?
- from this blog’s banner

This indeed might be dangerous – or at least, quite interesting.  The group doesn’t get together all that often.  And for folks who are seemingly related by blood or marriage, their backgrounds and experiences vary greatly.  But isn’t that America?

It will be interesting to see how many of the six (or eight) will be willing to partake, and how the discussion will play out over some ribs, chicken, salad and maybe some beer.

However it turns out, it seems to me that promoting middle-ground discussion about our nation’s history and how we got to where we are is the least one can do to move the country forward.  From such a foundation, perhaps we can find solutions…

Resource:  Friedman, Thomas L. and Michael Mandelbaum:  That Used To Be Us.  Farrar, Straus and Giroux.  New York.  2011.  Probably about 15 or 16 bucks in paper.  Please contact your local bookseller.

SO YOU WANT TO BE ON A SCHOOL BOARD. WHY?