EMPLOYING THE TRIUMPH THUNDERBIRD AS A TOOL FOR KNEE REHABILITATION

A journey into early aviation, art
and a little-known grandfather

Minor knee repair and poor weather has me off the motorcycle for a few weeks, and boxes of Mom’s memories have been stacked in the corner of my den for too long.  No time like the present, I suppose… 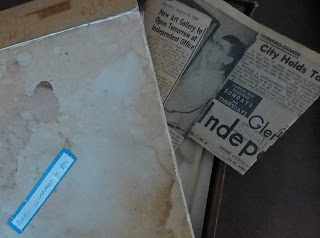 Sifting through her stuff, I find an ancient box designed to once hold a ream of typing paper.  Scrawled on the end of the rapidly deteriorating lid are the words: “Hap’s Clippings + pix.” 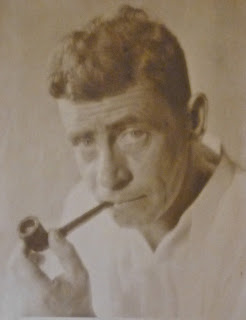 E W Bagnell was my mother’s father.  Known as Hap to me, but others referred to him as Cap or Bobby, I knew very little about him other than that he was designated an Early Bird, wrenched on Lindbergh’s Spirit of St Louis, and later took up oil painting.  And he smoked Lucky Strikes.  We moved to Chico in 1957, he followed, lived with us for a year and then departed for Oakland’s Veteran’s Hospital where he died at about age 68.

This from the Glendale Independent, Sunday, August 2, 1953:

Works of prominent Glendale artists will be exhibited beginning tomorrow in the city’s newest gallery, the large modern office of the Glendale Independent, 122 S. Maryland Avenue…

…Chosen to be the first exhibiting artist is E W Bagnell of 510 California Avenue, an artist member of the Art Association and a member of the Business Men’s Art Club of Los Angeles… 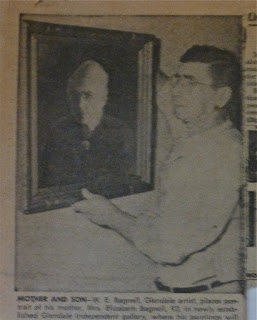 …The Bagnell exhibit, hung for the month of August, includes 18 oil paintings, the featured canvas being a portrait of the artist’s mother, Mrs. Elizabeth Bagnell, 93 [which currently hangs in Mom’s bedroom in Chico, CA]; and “Kings Ranch Rodeo,” from the private collection of Mr. and Mrs. M O Johnson, and loaned for the opening of the gallery…

…he had professional studios in Houston, Tex. And in Pasadena…

[Bagnell] is a pioneer in aviation and is among the early flyers that enjoy the distinction of the title “Early Birds.”* He was a captain in the Army engineers during World War I. 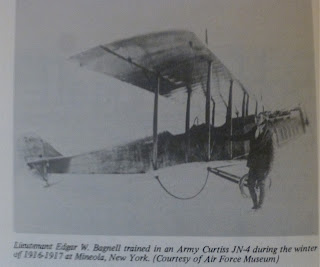 In his pioneering he helped build one of the earliest airplanes, sponsored by the Nebraska National Guard, and laid out Kelly Field, now Kelly Air Force Base in a cotton and mesquite field on the old Frio City Road just outside San Antonio, Tex.

Other early air ventures were test piloting for Curtis Airplane Co., and commercial flying in Mexico.  Then he and Capt. Ralph Taylor were sent by the Aero Club of America to Washington DC, with an airplane, which was set up on the Polo Field behind the White House to stimulate interest of Congressmen in airplanes, then a novelty.

Through those early years in aviation and in the Army he had little time for painting.  But he is now making up for lost time and his paintings on display in the Independent gallery are evidence of his talent and accomplishment…

Other clippings tell more of his story…

Among the other artifacts uncovered searching through Mom’s memorabilia is a model of and the patent application for a devise that when dropped into the steel pipe casing of a spent oil well, with a mechanical twist the unit can expand to press against the casing’s interior so the pipe can be craned out of the well for re-use.  Early recycler? 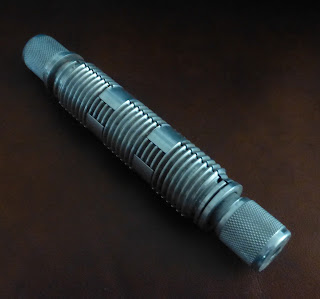 Also discovered: two prototype electric toothbrushes – he didn’t get the patent application on these – the works of which were encased in Bakelite.** 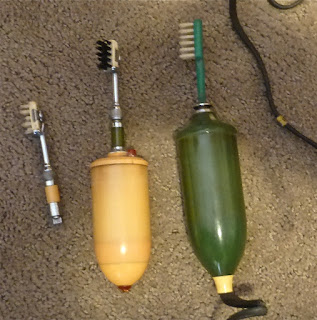 I pour through this trove and think of the man I barely knew.  His Army adventures began a century ago this year. 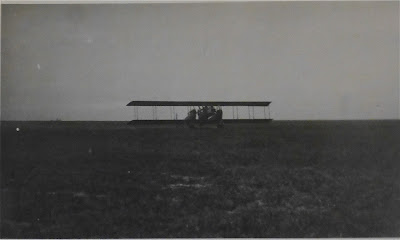 …and flying folks hither and yon. 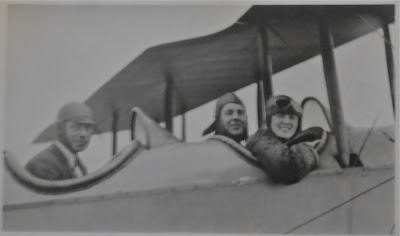 Clearly, he had other adventures, however… 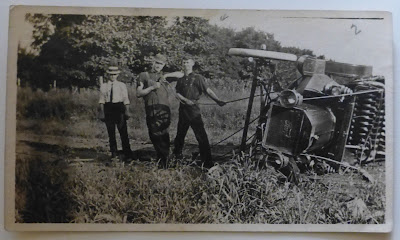 …and a bit of a reputation… 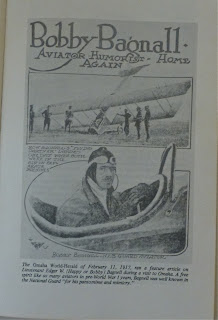 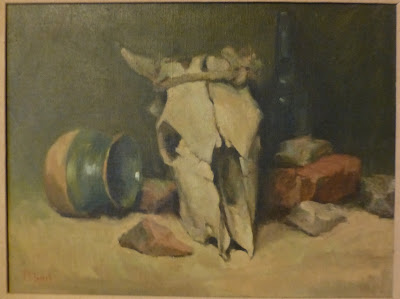 …the last oil he created before he went to Oakland.

*Early Birds Membership was limited to those who piloted a glider, gas balloon, or airplane, prior to December 17, 1916. The cutoff date was set at December 17 to correspond to the first flights of Wilbur and Orville Wright. 1916 was chosen as a cutoff because a large number of people were trained in 1917 as pilots for World War I.[2] Twelve of the aviators were women.

Hap’s name is embossed on a plaque in the Smithsonian’s Air and Space Museum along with the Wrights, de Havilland, Sikorsky, Glenn Curtis and others.

** Bakelite is one of the first plastics made from synthetic components.  Bakelite was used for its electrical nonconductivity and heat-resistant properties in electrical insulators, radio and telephone casings and such diverse products as kitchenware, jewelry, pipe stems, children's toys, and firearms.

“On the Road with Janis Joplin” – a review